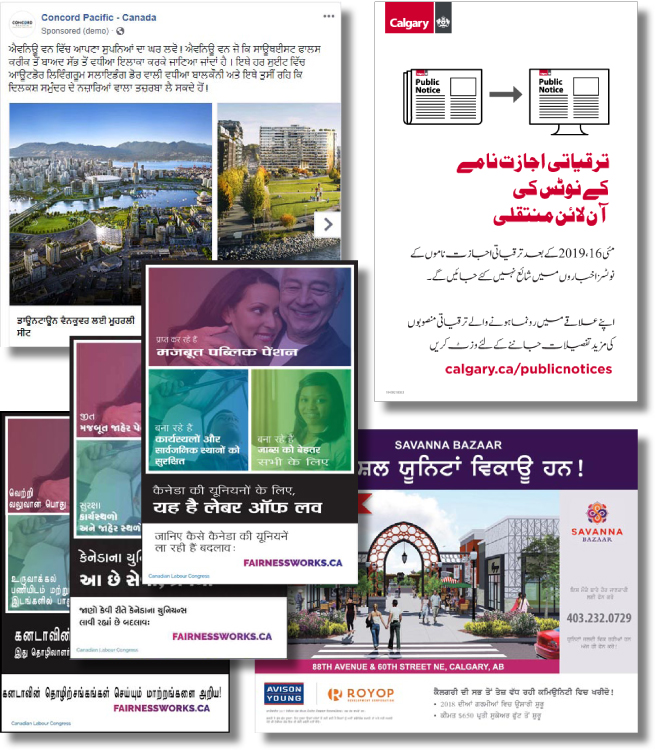 We assist clients market to South Asian communities in Canada.

These include Punjabi advertising campaigns but also marketing for other languages like Hindi, Urdu, Gujarati, Tamil, and more.

In Canada today, there are close to 3 million people of South Asian background living in cities such as Toronto, Vancouver, Montreal, and Calgary.

Punjabi speaking immigrants are the largest community in terms of size and influence. In Toronto, however, there are also large populations of Gujarati, Hindi, and Tamil speaking households.

There are over four million Americans of Indian and Pakistani heritage.

They are among the most educated of Asian immigrants to the US. They also have the highest median incomes per household. Over 75% of people from this demographic hold a post-secondary degree. And as of 2010, median household income for Indian-Americans was $88,000, 25% higher than that for all Asian-Americans ($66,000), and nearly 80% higher than all US households ($49,800). Indian-American populations are clustered in major metro regions like Los Angeles, Dallas, Chicago, and New York/ New Jersey.