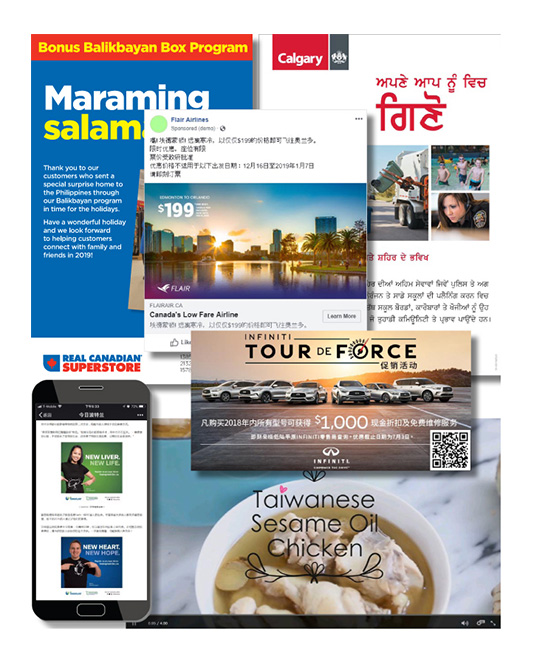 Each year, 1.3 million new immigrants set up households in Canada and the US.

According to various surveys, over fifty percent of Canada’s 400,000 immigrants who arrive each year will pay extra money to consume media in their own languages.

While this content can include digital subscriptions to content from back home, it is more likely to mean an investment in television streaming services, or even radio and print subscriptions. In each language community – Punjabi, Mandarin, Tagalog, and others – there are hundreds of media outlets – channels, newspapers, and radio stations – competing for reader and viewership.

For example, at a time when mainstream print outlets are shuttering their operations, ethnic media newsrooms are doing the opposite and growing in number. There are hundreds of multicultural newspapers publishing across Canada, for example, with the vast majority are doing so week in and week out in languages other than English and French.

Traditional ethnic media has a growing audience and is streamed directly into the homes of New Canadians. Sunflower Media has over a decade of working relationships with all of these outlets and we are able to create plans for clients that penetrate the smallest niches as well as spread awareness across the broadest of national scale.