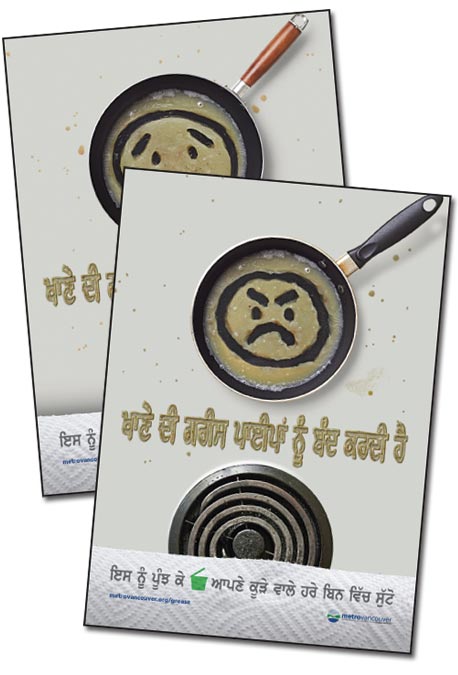 Background: With a total population of almost 3 million people, Vancouver and its surrounding municipalities constitute the Metro Vancouver region. The population in Western Canada’s largest city as as diverse as any in the world, with over half of residents not born in the city and an overall population of visible minorities comprising more than 50% of the total population.

Our Work:  Environmental issues are at the forefront for city residents – these include limiting air pollution, managing waste water treatment, and the current hot topic spreading the use of composting organic waste versus sending to landfills. Metro Vancouver’s Green Bin program is intended to help city residents adapt new composting policies. Our team assisted the public organisation with a campaign targeting the South Asian community in the municipality of Surrey.