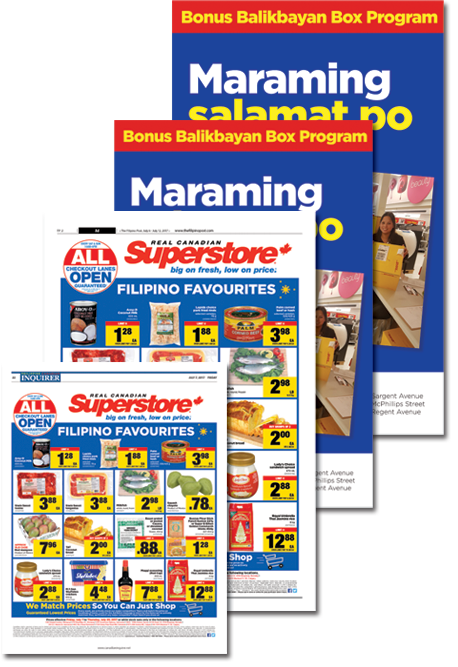 Background: Loblaws is a supermarket chain with over 2000 stores in Canada. It is Canada’s largest food distributor.
Loblaws is headquartered in Brampton, with stores in British Columbia, Alberta, Ontario and Quebec, including its marquee brand, Real Canadian Superstore. The first grocery store in the chain opened in 1919 – it was based on a self-serve, cash-and-carry model which offered lower prices. This model proved to be a big hit. Over the next decade, 70 new stores opened in Ontario alone. Aside from it’s retail stores, Loblaws also operates the President’s Choice brand.

The Work: Both our Toronto multicultural marketing unit and the Vancouver team worked with the client to execute a Filipino consumer campaign that covered the entire Western Canadian region. This campaign included media recommendations, execution, demographic targeting, and reporting.