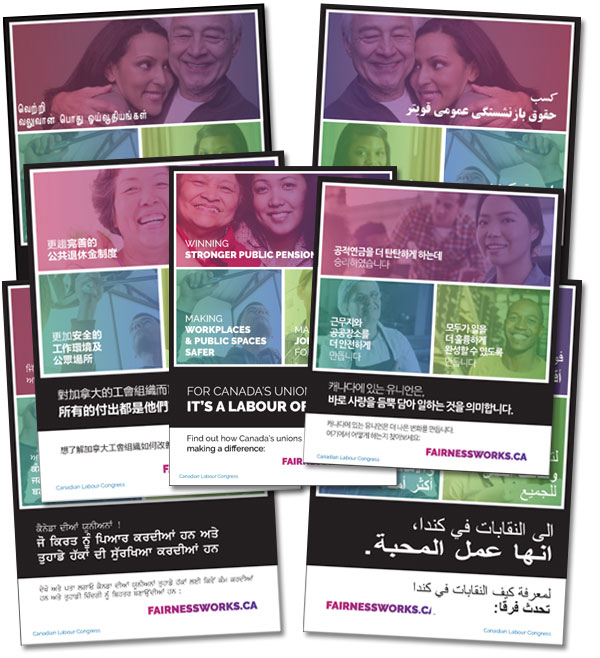 BACKGROUND: The Canadian Labour Congress (CLC) is the largest labour body in Canada. This umbrella organisation brings together dozens of national and international unions, provincial and territorial federations of labour and community-based labour councils to represent 3.3 million Canadian workers for more than 50 years. The Canadian Labour Congress advocates politically for policies and programs that improve the lives of all workers, such as the creation of better and more secure jobs, better public pension plans and retirement security, a stronger public health care system and affordable and accessible child care.

Our Work: The CLC has worked with the Canadian government to expand the coverage provided by the Canadian Pension Plan (CPP). This growth in the state plan counters the shortfall in middle-income retirement planning that is opening up as a result of disappearing corporate pensions. Our ethnic digital agency team worked with the Canadian Labour Congress to explain the impact of this legislative change to Canadian workers from various ethnic communities. We also provided multicultural marketing services through media placement in dozens of outlets across the country and including translations to over 10 languages.