The Work: This project spanned multiple platforms, from print to web and also to social media. Our team provided copy-writing and editing services, media recommendations, and translation. We also developed the WordPress site www.mylifemyunion.com to compile all content published since the project launch in 2010. My Life My Union has been recognised with a CALM (Canadian Association for Labour Media) Breaking Barriers Award. 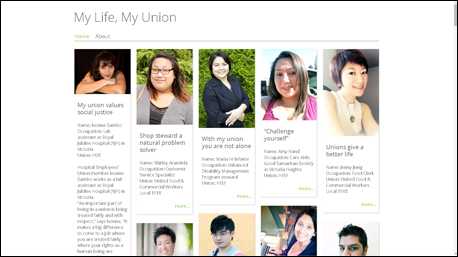 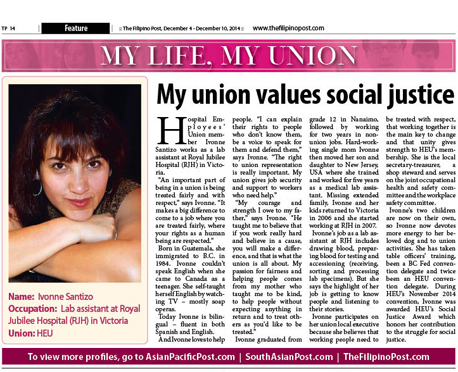