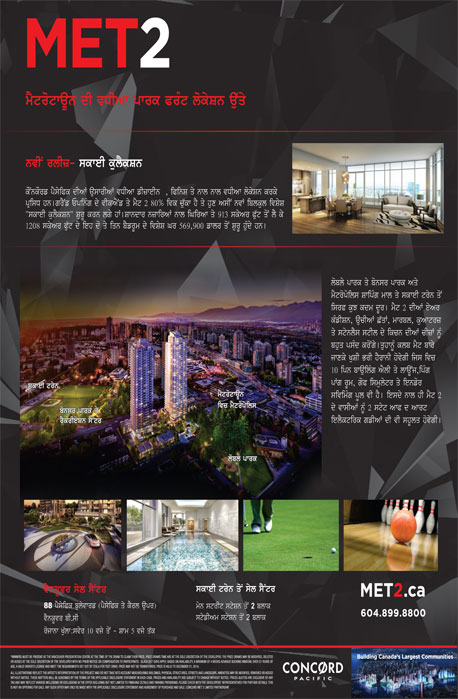 Background: Concord Pacific Developments is a Canadian residential developer and real estate investment firm with focus on projects in Vancouver, BC and Toronto, Ontario.
The company is based in British Columbia and is one of Canada’s leading developers – its major projects have included the former Expo 86 site in Vancouver, as well as Toronto’s former railway lands near the CN Tower.
The company is majority owned by Terry Hui and the Hui family – one of Hong Kong’s leading families.

The Work: We have worked Concord on a number of its BC based projects, providing marketing services to the South Asian community in the Vancouver region. Some of these projects include Park Place, and The Met amongst others.